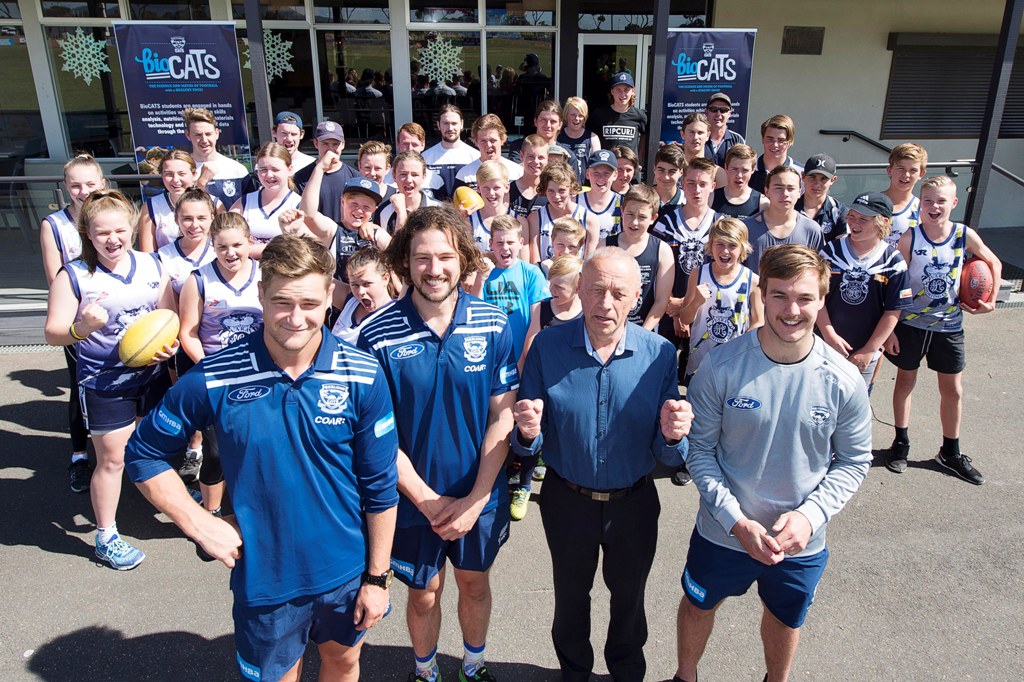 Emerging Geelong AFL midfielder Josh Cowan has been through tough times, but finally his dedication and perseverance is paying off.

After an horrendous run  of serious injuries restricted the pacy 25-year-old to just five games in his first six seasons with the Cats, Josh was able to string together nine successive games at the end of 2016, culminating in the preliminary final loss to Sydney.

At the invitation of Bisinella Developments, Josh visited the Lara Cats with team-mates Tom Ruggles and Corey Gregson on Tuesday 6 December 2016 to inspire the club’s junior leaders to play their part in making Lara a force once again in the Geelong Football League.

Like Josh, Lara has endured tough times, winning just one senior game in the past two seasons.

The club is focused on developing its junior talent and persuading its most promising young players to stick by their local team. New coach Simon Riddoch is confident that the strategy will enable the club to be competitive in 2017 and lay the groundwork for future success.

Bisinella Developments has stuck by the Lara Cats with one of the largest sponsorships in Victorian country football.

Bisinella Developments is also a premium partner of  the Geelong Football Club through sponsorship of the successful BioCats schools program.

Corporate Affairs Manager David Withington said the Bisinella family has supported junior sport for many years and understands the vital contribution made by sporting clubs to the fabric of local communities.

“We hope that Josh Cowan’s message of dedication and perseverance will  stay with these young Lara players as the club continues to rebuild in 2017 and beyond,” Mr Withington said.